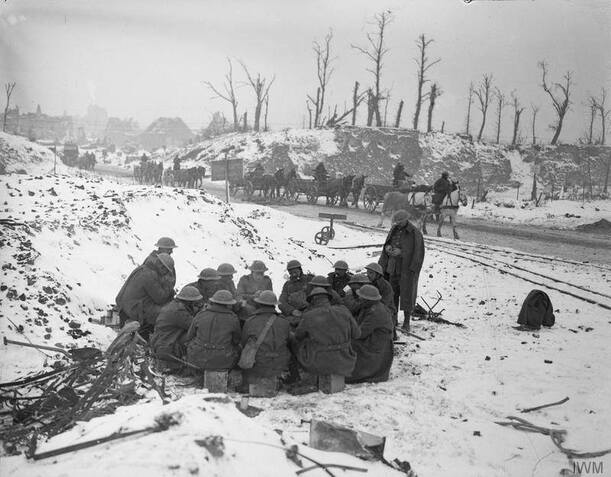 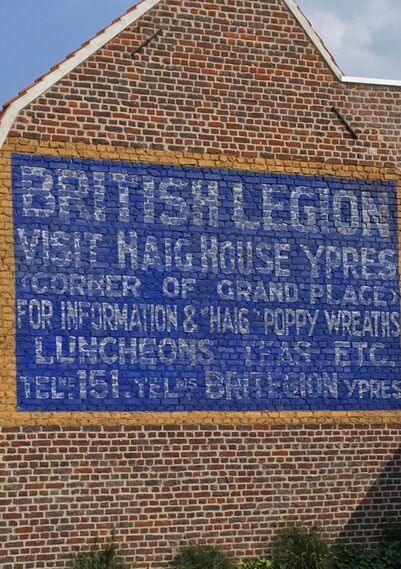 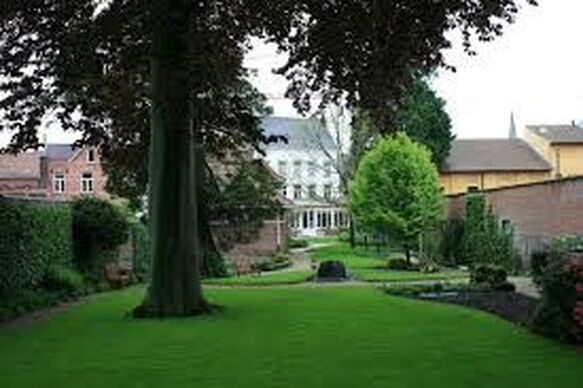 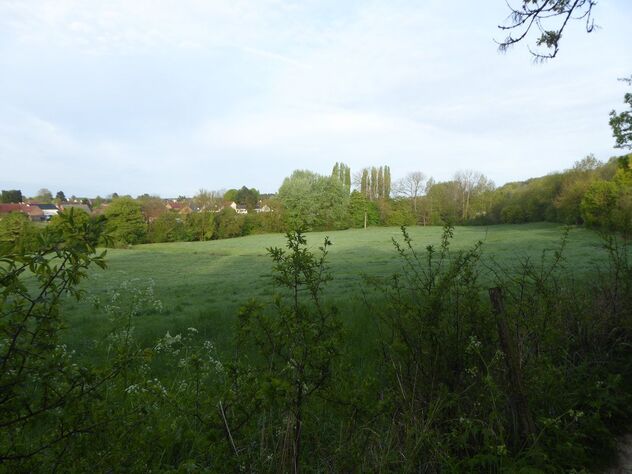 Location of 61st Field Ambulance, 11 June 1918.
Favourite Place
To most people this will look like any other empty field but, thanks to the 61st Field Ambulance war diary, and the use of GPS system linesman, I know that this is the field where my great-uncle 44520 Private Alfred Davies, died on 11 June 1918. He had been wounded the previous day whilst on a train, with a work party going to the Lens area to work on a communication trench.  He was taken to the 61st Field Ambulance, Ablain St Nazaire where he died and was then buried in Sucrerie Cemetery    in the village.
Judith Beastall, April 2020 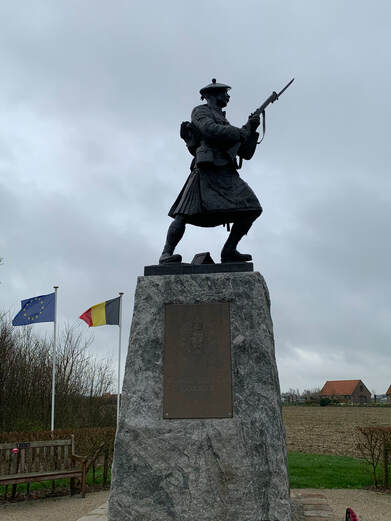 Black Watch Memorial
On 13 August 1914, 31 officers and 1,031 soldiers of the 1st Battalion The Black Watch (Royal Highlanders) embarked for France as part of the BEF and took part in a series of battles and fighting withdrawals, while the German Army pressed forward relentlessly. During October and early November, having suffered a large number of casualties, the 1st Battalion The Black Watch, as part of 1st (Guards) Brigade took part in the First Battle of Ypres. On 12 November 1914, after the battle, the strength of the 1st Battalion had been reduced to 2 officers and 109 men. Between 1914-1918 over 50,000 men served in twenty-five battalions of The Black Watch; over 8,000 were killed and over 20,000 wounded. The memorial stands on the south western corner of Polygon Wood.
Jeff & Kim Clare
14 march 2020 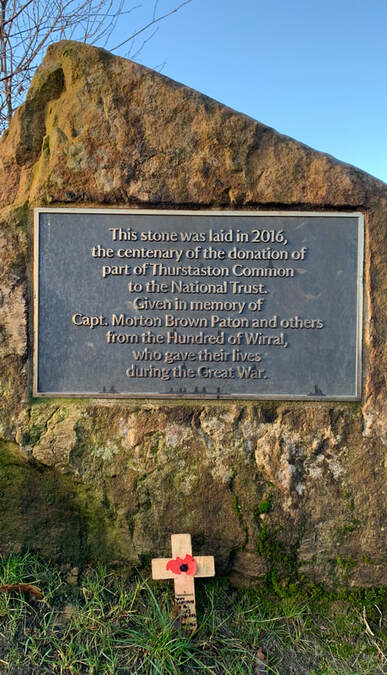 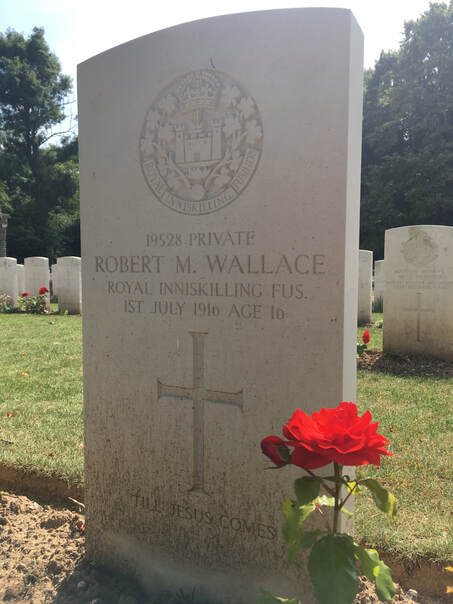 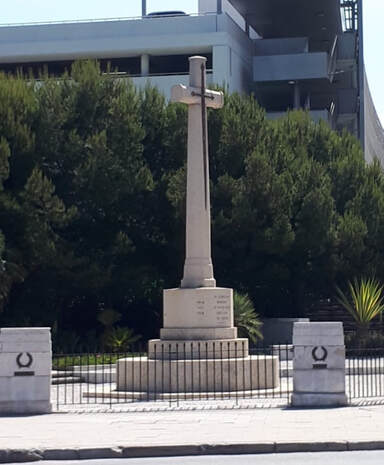 The Gibraltar Cross of Sacrifice.
The cross was erected by the Royal Engineers and unveiled on Armistice day in 1922. It was filmed by British Pathé News and was the first ever motion picture recording made in Gibraltar.
​Margaret Hubbard 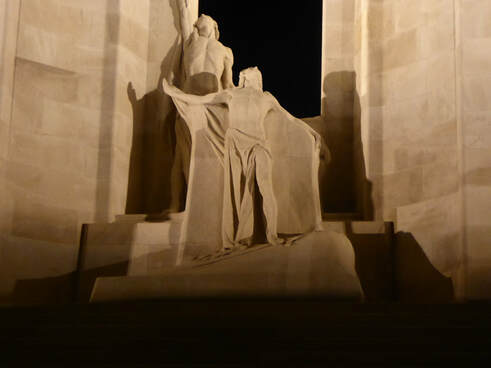 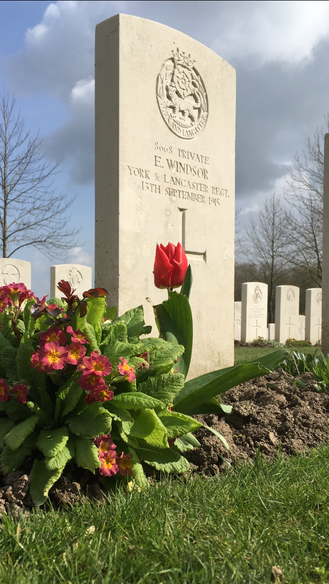 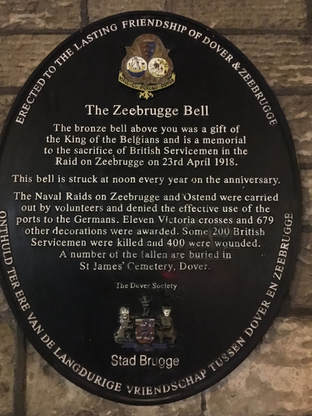 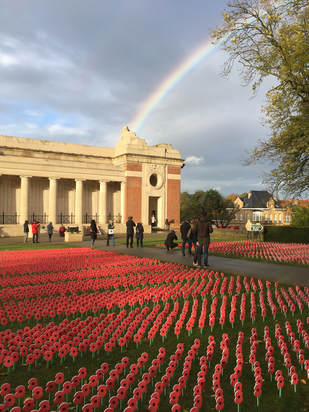 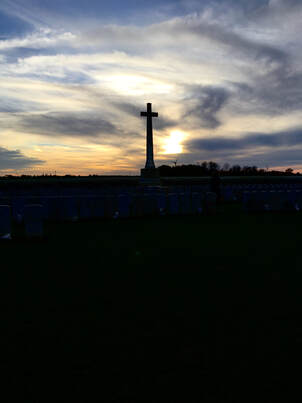 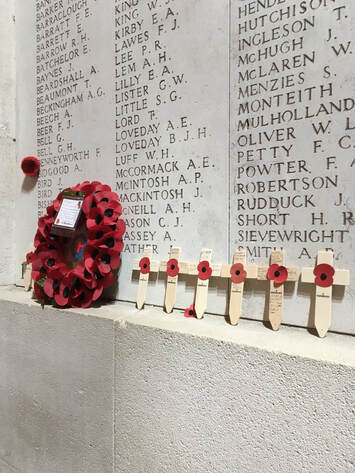 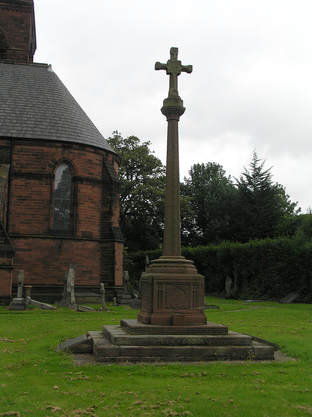 Bromborough, Wirral.
The Bromborough war memorial that started my interest in the Great War.
​Judith Beastall 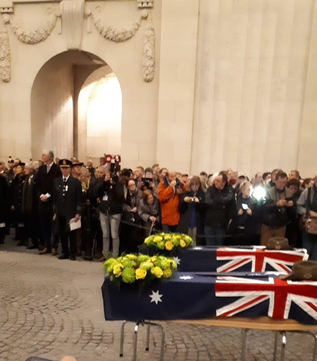 Menin Gate Vigil
5th November 2018. The vigil under the Menin Gate for two Australian soldiers found near Passchendaele a couple of years ago.
Margaret & Bruce Hubbard. 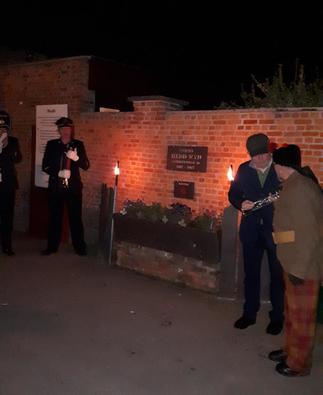 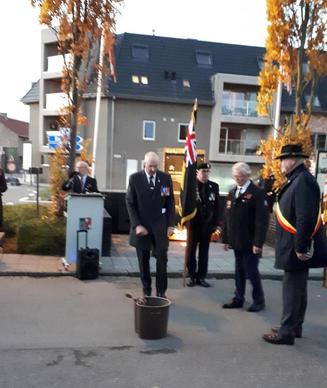 100th Centenary Armistice Commemoration
Poppy leaves falling from the Menin Gate at the 100th centenary of the Armistice in Ypres.
​Margaret & Bruce Hubbard. 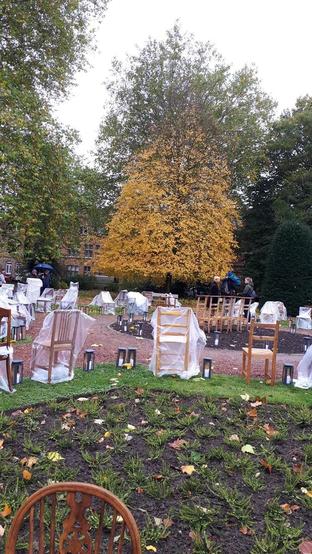 10th November 2018. The assembly of chairs in Astrid Park, Ypres.
The installation consisted of five chairs from Passchendaele Church complimented with chairs sent from all over the world.
​Margaret & Bruce Hubbard. 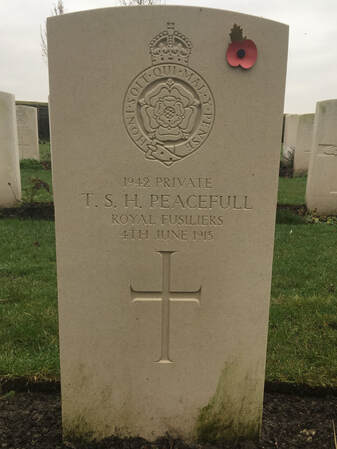 Private Peacefull
The grave of Private Thomas Peacefull in Bedford House Cemetery, Ypres. The inspiration behind the Michael Morpurgo (stereotypical) story of a soldier in the Great War.
Kim Clare. 31/12/18