​Other gravestone which had fallen over and been partly cover.  Luckily it has fallen on it back.  Gravestones usually fall in their front.

John Edgar Kinder was born in Kirkdale, Liverpool.  He was the husband of Cis Kinder  10 Templemore Avenue, Mossley Hill, Liverpool. He was on the staff of Rylands and Sons Limited, Liverpool for 16 years before joining up in 1914. He was also the organist at Queens Road Primitive Methodist Chapel, Bootle and prior to that he was deputy organist at Princes-Gate Baptist Church.

He enlisted in the 19th Battalion, The King’s Liverpool Regiment as Private No 17878.

He was killed in action on the 30th July 1916 at the village of Guillemont, France, during the Somme Offensive.

He has no known grave and is commemorated on the Thiepval Memorial. 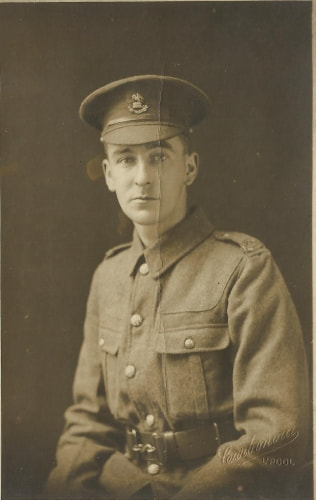 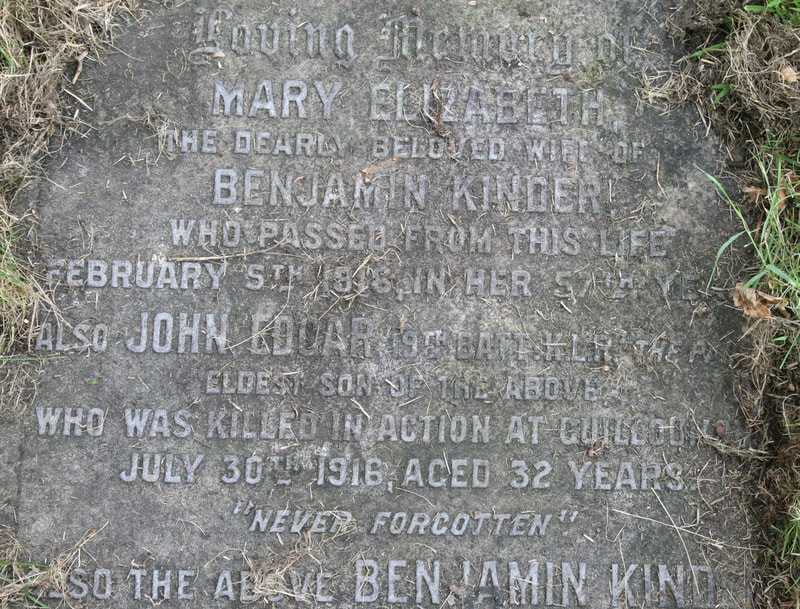