​Charles Henry Easton was killed when his battalion attacked Guillemont on the Somme on 30th July 1916.  He has no known grave and is commemorated on the Thiepval Memorial to the Missing.  His name was added to the Family Memorial Gravestone in his local cemetery.

Charles Henry Easton was born in Birkenhead on 3rd July 1889, the son of Charles Henry and Laura Jane Easton 78 Mount Road, Tranmere, Birkenhead. He had been educated at Birkenhead Institute and was a well known cricketer playing for Tranmere Wesley Cricket Club the year war broke out.

He enlisted in Liverpool on 9th November 1914 joining the 20th Battalion of The King’s Liverpool Regiment as Private 22679 and rose to the rank of Sergeant. Formed in November 1914 the 20th Battalion were originally billeted at Tournament Hall, Knotty Ash before on 29th January 1915 they moved to the hutted accommodation purposely built at Lord Derby’s estate at Knowsley Hall. On 30th April 1915 the 19th Battalion alongside the other three Pals battalions left Liverpool via Prescot Station for further training at Belton Park, Grantham. They remained here until September 1915 when they reached Larkhill Camp on Salisbury Plain. Charles arrived in France on 7th November 1915.

He was Mentioned in Dispatches with a report in the London Gazette on 15th June 1916. Shortly after he was killed in action on the 30th July 1916 aged 27 at the village of Guillemont, France, during the Somme Offensive.

The Birkenhead News of 16th August 1916 reported his death;

"Mr.and Mrs.C.Easton,of 208, Church-road,Higher Tranmere,Birkenhead, mourn the loss of their only son, Sergt.C.H.Easton, who has been killed in action in France. Sergt.Easton was a bright young fellow, 27 years of age, and was highly esteemed by a large circle of friends. He was educated at the Birkenhead Institute,and was also a well-known cricketer on both sides of the water, being captain of the Tranmere Wesley Cricket Club the year war broke out. In October,1914,he joined the "Pals" and was dispatched abroad with the first draft. In his letters home he always struck a cheerful note, and on no occasion did ne mention anything about the horrors of the war. A fellow sergeant wrote of him:- "He was such a fine fellow,and i have never yet come across any man in the battalion but who thought the world of him."

A fellow sergeant wrote of him:

"He was such a fine fellow and I have never yet come across any man in the battalion but who thought the world of him".

In the Liverpool Echo, on 30th July 1917 under the heading Lost At The Battle of Guillemont, tributes were paid to Charlie:

“In loving memory of Sergeant C.H. Easton (Charlie), who was killed in action July 30, 1916. Ever remembered by all at 108 Ellesmere Road, Lower Walton, Warrington.”

“In loving memory of Sergeant Charles Henry Easton (4th Pals), the dearly-loved son and only child of Mr. and Mrs. Easton, 203, Church Road, Higher Tranmere, killed in action, July 30, 1916. (Now at rest.) - Deeply mourned and sadly missed by his loving Mother and Dad.” 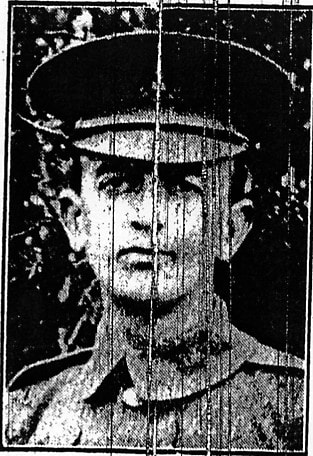 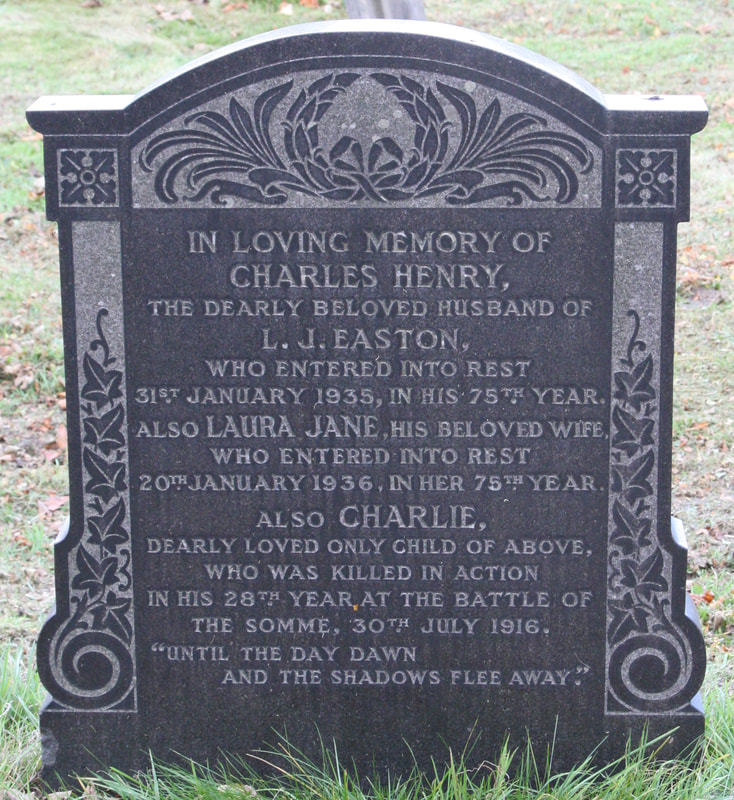 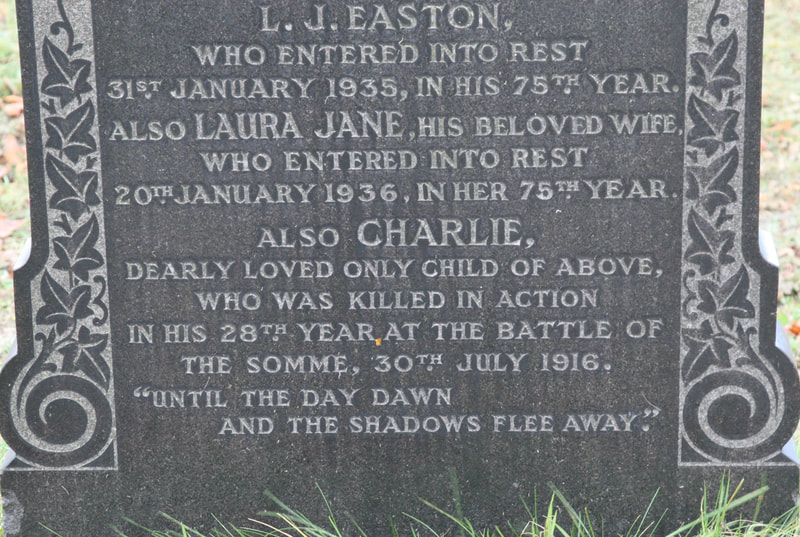